The San Marcos Youth Basketball League’s mission is to bring the local community together to develop in our children good sportsmanship, self-control, and self-discipline through basketball.

“A player who makes a team great is better than a great player.” – John Wooden

San Marcos Youth Basketball (SMYBB) is open to boys and girls, grades 1 through 8, living in the surrounding communities of San Marcos. This is a non-profit recreational league with a focus on developing youth basketball players in a fun and safe environment. San Marcos Youth Basketball (SMYBB) organization does not discriminate against any player on the basis of race, creed, religion, gender, national origin, sexual orientation, age, disability, or veteran status. The SMYBB Board of Directors governs and administers all league activities. Each Division shall have one or more Division Representatives who are responsible for the dissemination of information and enforcement of Board policy. The Division Representative(s) will assist coaches with any concerns that might require Board attention. All questions or concerns should first be addressed to the respective Division Representative(s).

Within the league, the following divisions have been established:

There will be a separate girls and boys division for each age group.

A Division:  Boys and Girls in the 7th and 8th grades.

B Division:  Boys and Girls in the 5th and 6th grades

C Division:  Boys and Girls in the 3rd and 4th grades

Pee-Wee Division:  Boys and Girls in the 1st and 2ndgrades.

You must be in at least 1st grade to play in the SMYBB league. Under certain circumstances players in Kindergarten that have reached the age of six years old on or before September 15th will be allowed to play in the Pee-Wee Division provided an original birth certificate is presented and the league approves the request.

San Marcos Youth Basketball season registration announcements will be displayed to the citizens of San Marcos and contiguous communities through signage, email blasts and via our website. Players may register for league play during the open registration sessions via our online registration tool.

The registration fee, established by the SMYBB Board at the beginning of each season covers the costs of player uniforms, equipment purchases, gym rental, referees, team and individual picture packages, insurance, trophies, mailings and other related league expenses.

Every team should attempt to get a sponsor. Team sponsorship ensures the success of our non-profit basketball recreation program. It is also a way to allow our local business community to take part in our program. We can all help the youth players in our program have a successful season by becoming or finding a sponsor for a team. Your tax-deductible donation/sponsorship helps defray overall costs. If you have any questions about sponsoring a team please contact the SMYBB Sponsorship coordinator via from our Board of Directors Page

Parents or Guardians must sign an SMYBB Registration Form (which includes as part of the form a section for Medical Release Authorization) that holds the League harmless in case of player injuries.  It also provides emergency medical information and permission release statement that must be returned to the League and is then provided to the player’s coach before their child will be allowed to practice or participate in SMYBB activities. The family’s primary medical insurance must be used in the event of player injury.  Secondary medical insurance is provided for all players under the general liability/medical insurance policy of SMYBB (deductible exists).

All registered and certified youth players will receive an official SMYBB uniform (jersey and shorts). Players will not be allowed to participate in league games unless they are dressed in their regulation uniform.

Players may not alter the look of their uniform during the season including cutting off the sleeves or the waist of their shirt. Additionally, each player must provide his or her own pair of court shoes that must have non-marking soles to protect the wooden floors. No alterations or changes to the uniform (except for fit) will be allowed. An appropriate solid color t-shirt (or sports top for girls) may be worn under the uniform.

Uniforms are to be neat and clean. Shirts are to be tucked in during the game.

The referee shall not permit any team to wear equipment or apparel, which in his/her judgment is dangerous or confusing to other players or is not appropriate.

Players will not be allowed to wear jewelry, rings, watches, etc. during play. Medically required bracelets or tags are exempt from this rule. Medical tags must be securely taped with only the medical alert information showing.

A guard, cast, or brace made of hard and unyielding leather, plastic, pliable (soft) plastic, metal or any other hard substance may not be worn even though covered with soft padding.

SMYBB League will arrange for playing facilities for all official games and practices. Facilities include Corky Smith Gym, as well as indoor and outdoor courts located within the San Marcos Unified School District. The list of schools available for practice along with approved practice times will be provided by SMYBB after receiving approval from the San Marcos Unified School District. It is recommended that any other practice site besides the ones on the approved list, should be discussed with the appropriate division representative(s).

Practices may not begin until after the conclusion of each division’s draft. Once a coach has received his or her team’s roster, they may schedule practices with their team. Each team should practice at least once per week before the season, as determined by their coach.

Outdoor facilities at approved local area schools can be used for practices. Indoor gym time is limited but SMYBB will provide one indoor gym slot per week for each team.

Team formation is done via a draft, where each coach for each division picks his or her own team. The only exception to this is for the Pee-Wee Divisions. The teams in these divisions are put together by the Division Representatives.

Team size will be determined at the close of registration and is dependent on overall capacity as well as available coaches.

All players registering for the league after the completion of team formations will be placed on a waiting list for possible inclusion onto a team as openings become available.

For a player to be officially dropped from a team, the player’s coach must contact his/her Division Representative(s) who will then contact the player’s parents or guardian to determine or reaffirm the reason(s) for the player leaving the team. Refunds after the league starts will be granted only in extraordinary cases. Open team slots will only be filled from the league’s waiting list. It is the coaches’ responsibility to keep their Division Representative(s) informed of any drops so that all teams can maintain a full roster and allow maximum participation by community youths.

Participation medallions will be provided to all PW participants.

Trophies will be awarded to each Regular Season Conference Champion in the A, B, and C Divisions. Trophies for only first and second place will be presented for these divisions at the conclusion of the season-ending tournament.

Superb Mortgage and RE 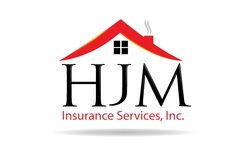 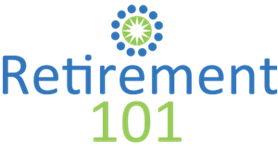 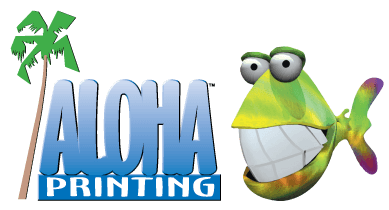 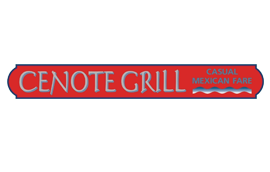 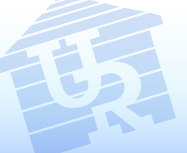